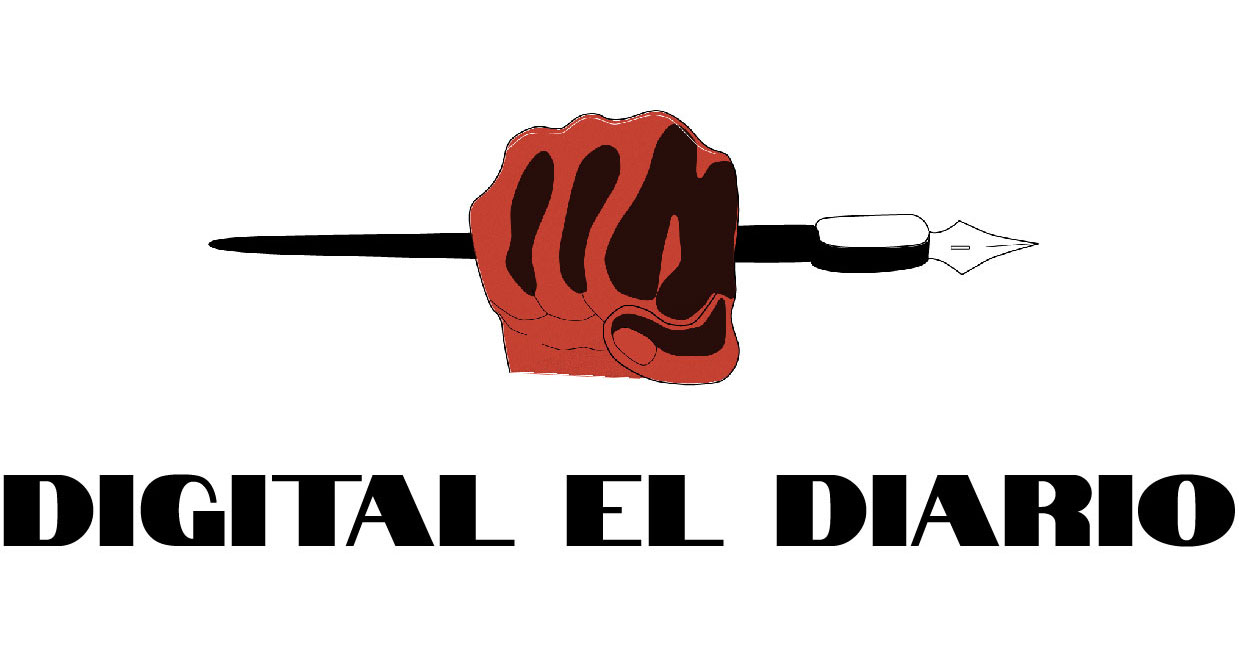 El Diario de la Gente was an independent newspaper primarily published for and by Chicanx students at the University of Colorado Boulder between 1972 and 1983. Through 62 issues, the newspaper represents the extraordinary yet complicated history of the Chicanx Rights Movement in Boulder, the state of Colorado, and the world. The authors and editors covered a wide range of topics, including boycotts and protests, the tragic events surrounding Los Seis de Boulder, and the friction between the Chicanx student community and the CU Boulder administration. The activist newspaper also served as a creative platform for poetry, art, and literature. This project, Digital El Diario, aims to highlight that history through five interdisciplinary readings of the newspaper that employ Digital Humanities methods, techniques, and values. Most of all, by way of publishing the entire corpus of El Diario, we hope others will explore, interrogate, and celebrate the history of Chicanx student activism. 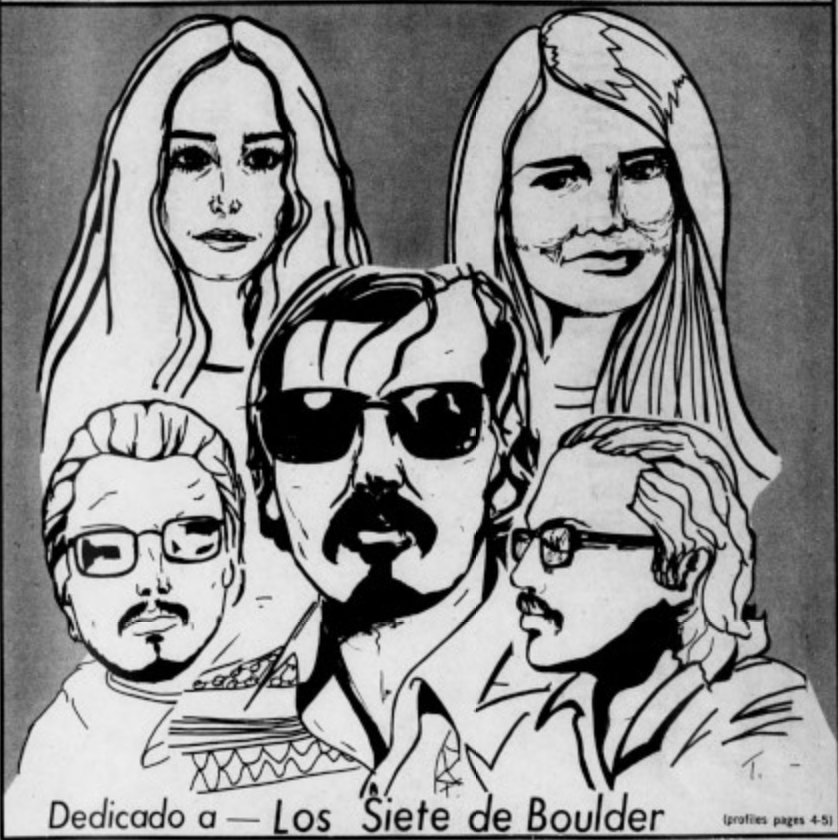 Remembering Los Seis: Criticism and Analysis of a 1974 News Cycle

By Claire Woodcock and Phelan Bowie

This project focuses on the news coverage surrounding the Los Seis de Boulder tragedy that occurred in 1974, in particular, El Diario de la Gente’s coverage of the two car bombings that took the lives of six Chicano activists in Boulder, Colorado, as it compared to larger regional publications in the area.

“Los Seis Remembered” shows that the tone of the coverage ranged from remorseful to hostile to down right sensationalist, depending on the outlet and the news angle taken. After about three weeks, the coverage fizzled out. Until that event, El Diario had largely covered protests, boycotts, school events, Chicanx issues, and gave a platform for artists to share creative works since the newspaper began publishing in 1972. The writers of El Diario said goodbye to their friends as they tried to understand what happened and the implications it had for their community. The regional newspapers largely shared the law enforcement’s point of view, which blamed the bombings on the Chicanx community, narrowing in specifically on Los Seis. 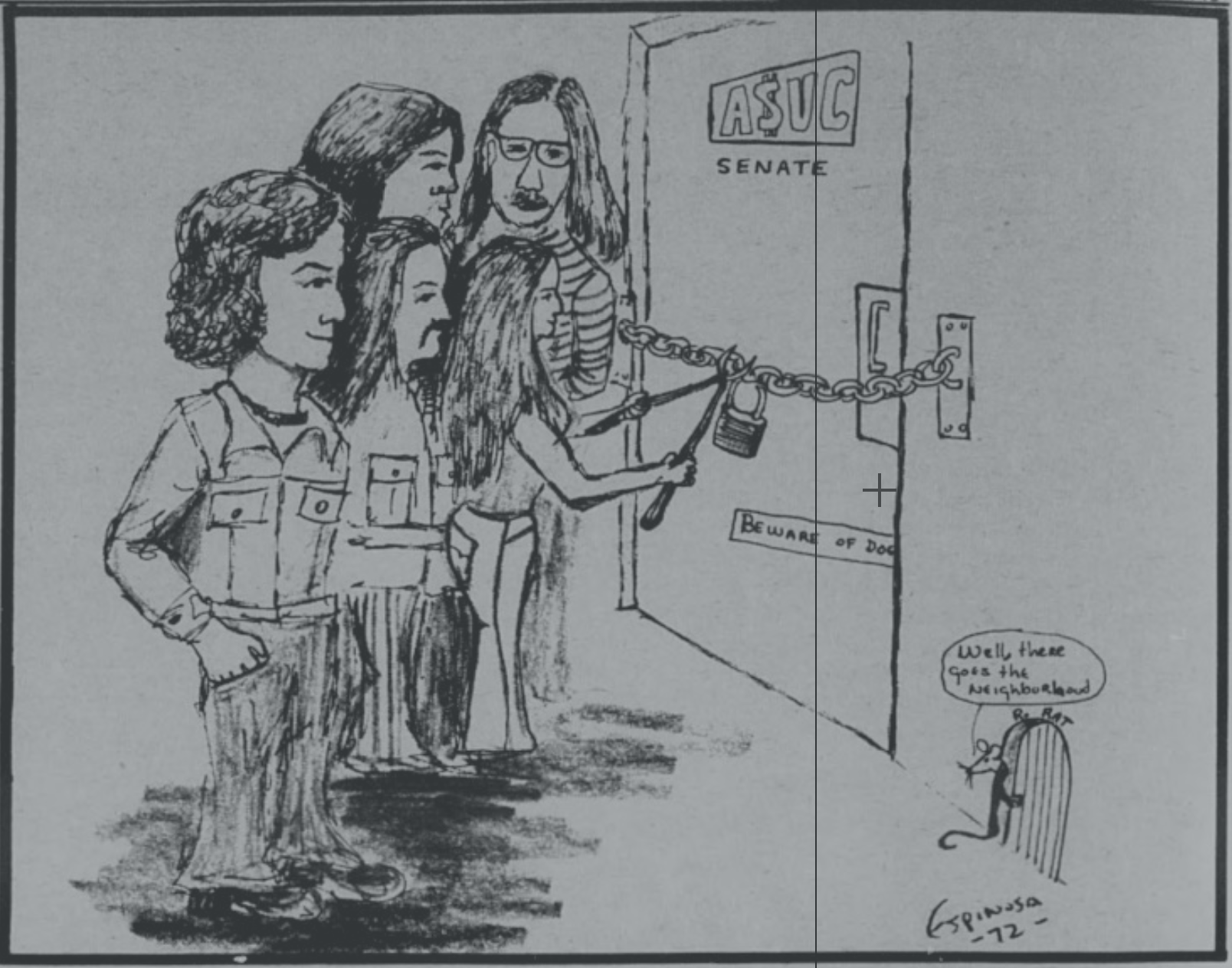 This project applies text mining approaches to examine El Diario. Considering the wide range of topics that were covered throughout the years, including, for instance, international politics in Latin American or the resolutions of different courts on affirmative action cases, we use the topic modeling tool MALLET to examine how relevant the specific problems that these students had with the university administration were within the publication, as we believe it would be central to the student newspaper. Likewise, with Voyant, we analyze how the different events that took place while El Diario was published, such as the financial aid problems of 1975, affected its content throughout the years. Thus, this study offers a new interpretation of the Chicano movement by presenting and defining the connection between the concerns and interests of the El Diario editors and the history of the Chicanx community during the 1970s and early 1980s. 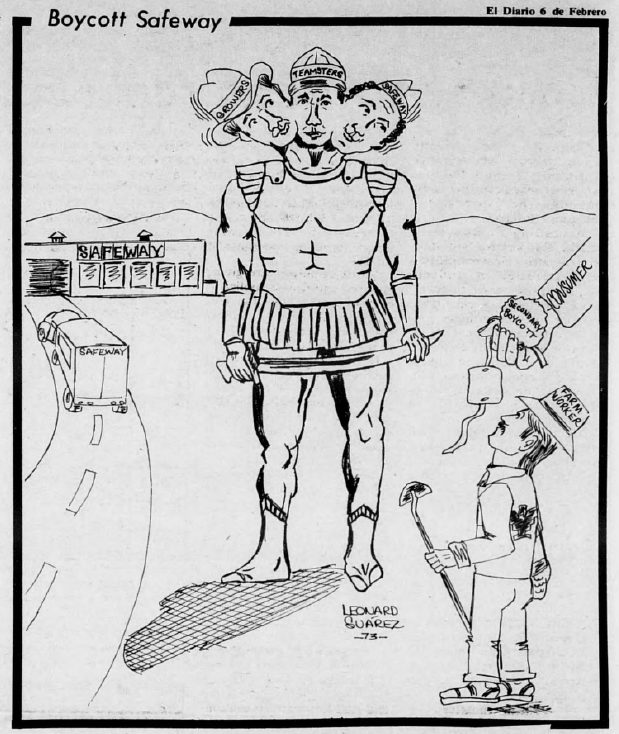 “Creative El Diario” examines the landscape of creative work published in El Diario de la Gente to explore the Chicanx civil rights movement of the 1970s and 1980s. Amidst the widespread national political turmoil of the Vietnam War, Watergate, labor unrest, and economic crisis of the era, the student-published newspaper served as an independent voice for Chicanx and other under-represented students at University of Colorado Boulder. This backdrop was especially important for linking the broader social conscience of students with local activism to improve the campus climate and to break down systemic barriers erected by university administrators that caused pervasive discrimination against Mexican-American students. 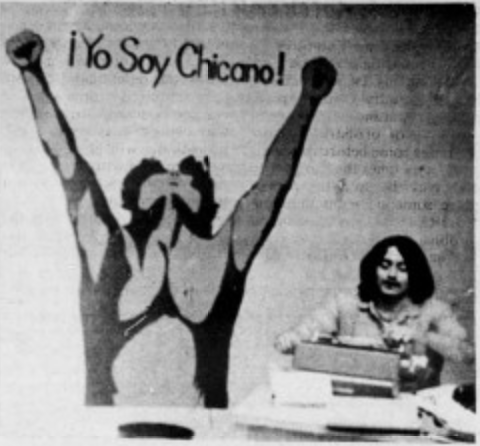 The Poetics of Chicanx Student Activists

By Brandon Daniels and Joshua Ladd

This project studies the creative writing of Chicanx students at varying degrees of scale with the use of computational methods in hopes of understanding how certain discourses of Chicanx identity had not only impacted the student authors at CU Boulder, but the entire Chicanx student movement across the Southwestern United States.

The authors found that there were a number of events and publications that were influential for the Chicanx student movement, including Corky Gonzalez’s poem, “Yo soy Joaquin,” which had the effect of anchoring Chicanx identity in a series of cultural coordinates that included land, agriculture, spirituality, and links to the indigenous. Using computational text mining methods were employed to test the validity of this thesis, and in the process, generated quantitative evidence for shared connections (linguistically, stylistically, or thematically) between the “Yo Soy Joaquin” poem and the creative works from Chicanx students featured in El Diario. 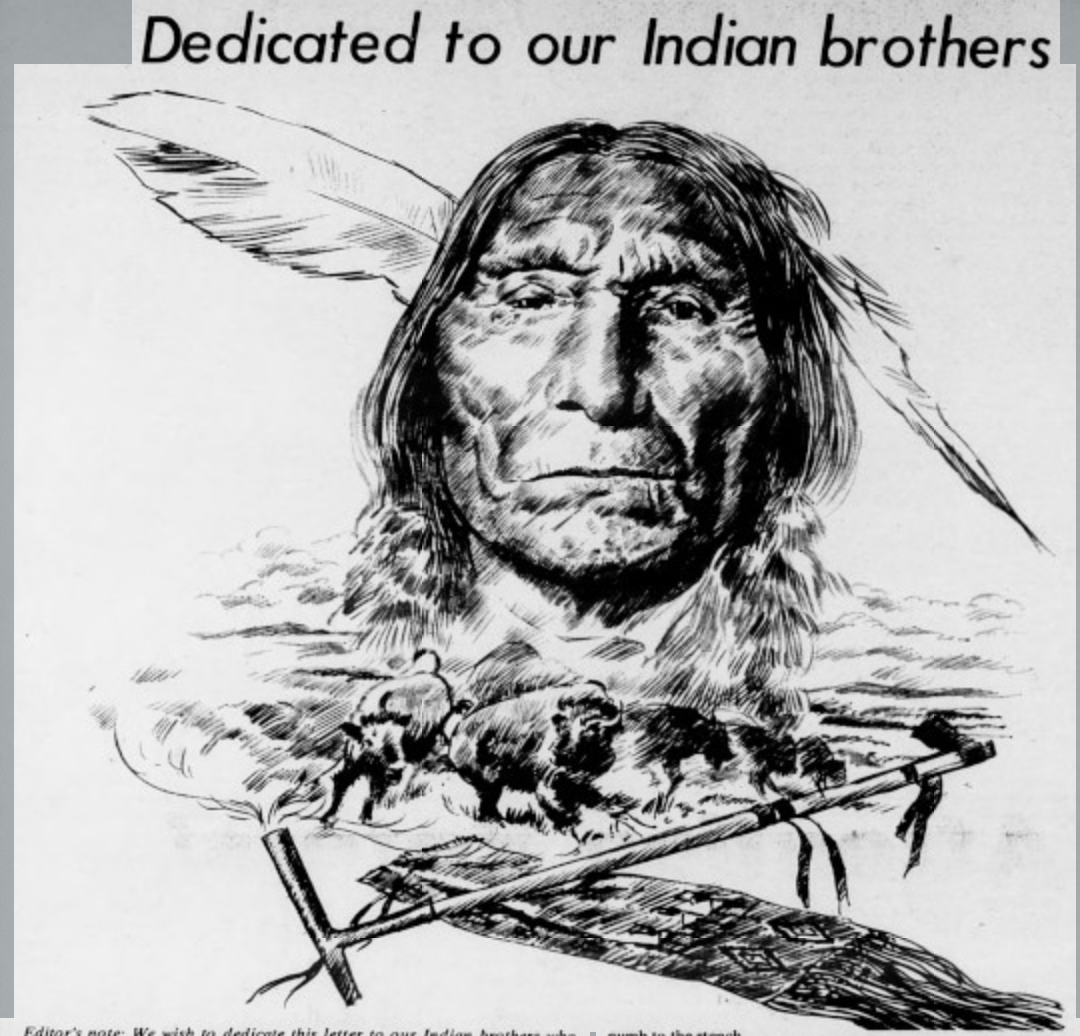 El Diario’s peak years of publication were 1973 (eighteen issues) and 1974 (twelve issues). These years mark the high-water point in the battle between UMAS and the University administration. In the spring of 1974, six Chicanx student activists were killed in car bombings, which have still not been fully solved. As the students involved in those struggles moved forward in their careers, El Diaro found a last breath of life just before the 1980s. The newspaper published, on average, five issues a year between 1977-1980. Our project examines these later years in order to explore the topics that concerned Chicanx students in the late 1970s. We found that, in some years, clear themes emerged as recurrent. Farm-worker’s protests, Safeway boycotts, and an inept financial aid department dominated the talk of the early 1970s. By the late 1970s, though, a definite shift in the conversation had occurred — toward land rights and resources such as water, gas, uranium mining, and grazing rights.

Digital El Diario is a digital humanities project centered on archival justice and historical recovery of the Chicanx student movement at the University of Colorado Boulder. Using El Diario de la Gente, we created a plain-text corpus and applied computational and digital research methods in order to explore this under-researched yet significant history. The creators are from a wide range of disciplines, including communication, information science, journalism, history, literature, and computer science, and they conducted this research in a graduate course on digital humanities (DHUM 5000: Introduction to Digital Humanities, University of Colorado Boulder, Fall 2019).